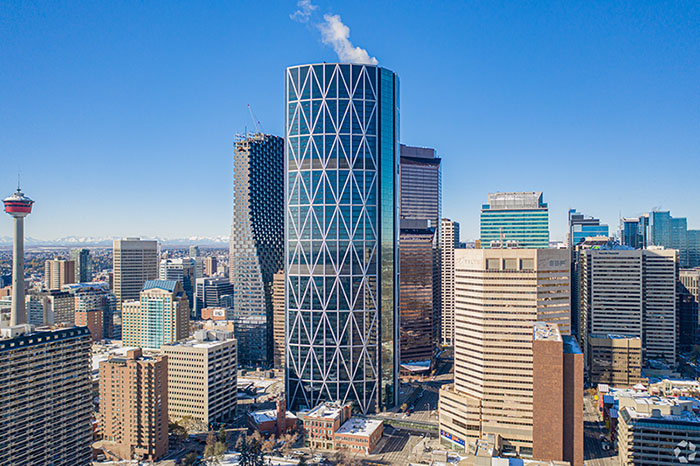 Canada's commercial mortgage-backed securities market faces some small areas of stress, but a new report suggests the impact of the coronavirus pandemic is minor compared to the United States.

The report from credit ratings agency DBRS Morningstar comes after Fitch Ratings said in April it expected fewer defaults north of the border and pointed to the degree of government support for businesses and consumers in Canada.

"The impacts of the pandemic are relatively minor compared with what has been seen thus far for U.S. CMBS. They do reveal small areas of stress within the Canadian CMBS sector," DBRS Morningstar said.

The 13-page report noted Canada's efforts to combat COVID-19 included closing all nonessential businesses in the first quarter, which significantly affected the economy.

The agency said areas of greater concern were the CMBS market’s exposure to retail loans and the concentration of loans secured by properties in Alberta.

"Throughout the coronavirus pandemic, DBRS Morningstar has viewed necessity-based or essential retail businesses as lower risk for potential cash flow disruptions given the need for consumers to purchase items such as food, beverages, medical supplies, and household goods," the report said. "As such, we expect properties with a larger concentration of necessity-based tenants to experience less of an impact than retail properties that have a tenant profile that primarily consists of discretionary retail, such as entertainment and clothing goods."

DBRS Morningstar said that since the oil price collapse in 2014, the Calgary office market has experienced prolonged strain and cited a 27% vacancy rate in the second quarter for the city’s downtown.

"However, more than 66% of downtown office space are high-quality Class A and/or Class AA and are primarily owned by institutional investors such as pension funds, public [real estate investment trusts], and major life insurance companies, which generally are resourceful and have capital to endure a continued market downturn," the report said, adding no CMBS loans are currently secured by downtown Calgary office assets.

"Unlike Calgary downtown high-quality office assets that benefit from well-capitalized institutional ownership, the Calgary suburban office assets are primarily owned by private real estate companies or individuals who have limited resources to weather prolonged market stress," the report warned. "Because of continued low oil prices and significant hangover from new supply since 2014, in concert with the economic recession caused by the pandemic, Calgary's office market is unlikely to recovery to its prior-2014 level in the near term."

DBRS Morningstar noted the CMBS loan delinquency rate in Canada spiked to 3.7%, but that's below the U.S. rate, which was reported to be as high as 10.3% in June, up from 7.1% in May.

"Although Canadian CMBS has pockets of stress that we are closely monitoring, the historical performance for the sector, and the general strength of the outstanding loans within these pools, suggest the sector is well positioned to withstand any near- to medium-term effects of the pandemic," the report concludes. "Servicers are working with borrowers who are in need of relief and, based on the forbearances that have been granted thus far, the terms are fairly conservative, with three- to six-month forbearance periods. There are also relatively few delinquent loans within the sector, particularly compared with U.S. CMBS."