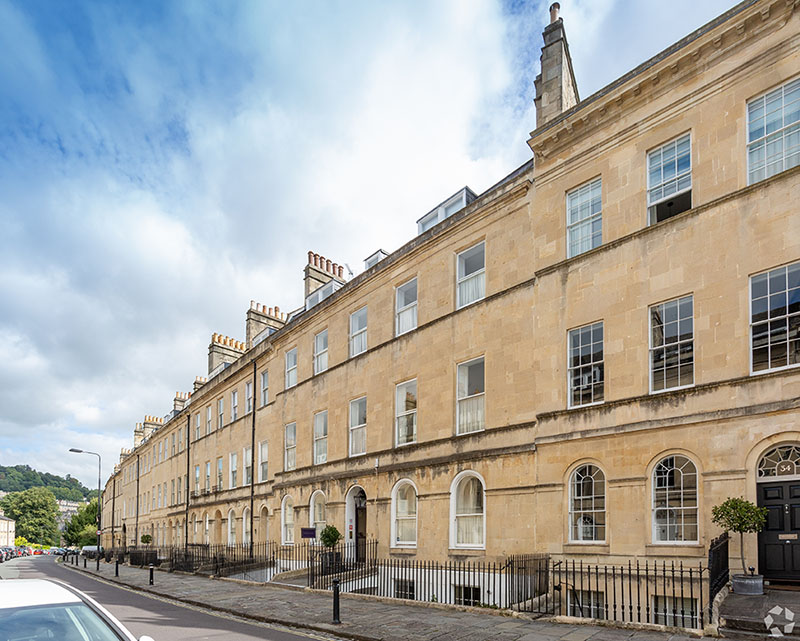 In Down Year, Hoteliers Compete to Persuade Operators to Switch Brands

In a difficult year for the travel industry, some hotel owners are reconsidering their brand affiliations. Some are switching to new flags or choosing to become independent.
Elie Younes, executive vice president and chief development officer at Radisson Hotel Group, said the company’s new brand, Radisson Individuals, is targeting luxury hotels and has closed two deals for the collection along with an additional eight across all of its brands through the third quarter of 2020.

Launched on Oct. 20, Radisson Individuals comes at the right time, even in a pandemic, Younes said. The first two hotels announced as part of the brand are Henrietta House in Bath, England, and River House Hotel in Inverness, Scotland. The Bath asset is operating under the new brand name right now, while the Inverness property will come online next year.
“On the guest side, it creates customer confidence in terms of service, experience and safety,” Younes said. “… The guiding light is the guest scoring. In other words, a brand designed for hotels with a proven record of happy customers. For Radisson, it will create value and scale.”

Radisson Individuals plans to grow in Germany, Italy, Russia and Asia, along with more signings in the United Kingdom, Younes said.
Most hotel firms have seen a definite uptick in signings, but mostly through conversions.
One example is Wyndham Hotels & Resorts, where executives have said the firm has $30 million at its disposal for conversions, most of which likely will be added to its Trademark Collection soft brand. Recent openings for Trademark Collection include the Cantilever Hotel in Ranier, Minnesota; the Eureka Inn in Eureka, California; the Lakeview Signature in Winnipeg, Manitoba, in Canada; and the H+ and H4 hotels in Leipzig, Germany.
Some hoteliers worry that a race to sign might mean overall brand standards drop.
“Everyone must go in with their eyes wide open,” said Andrew Robb, chief business development officer at hotel management firm RBH. “One thing I am nervous of in conversion brands is that there is quality there, not just a signing for a signing’s sake.”

Scope of brand affiliation
Most hotels that went through a brand switch were independently run, and there is likely room for more to do as Europe’s major markets tend to have more independents than branded properties.

According to data source hotel research and analytics company STR, throughout 2020 there were more independent hotel rooms compared to branded hotel rooms in Europe, with little change between January and October.

Beginning in January, in Europe almost 2.09 million rooms were in branded hotels and approximately 3.12 million were in independents, a 40% to 60% split, respectively. In October, the number of branded hotel rooms in Europe decreased to approximately 1.99 million rooms while hotel rooms in the independent class increased to nearly 3.18 million, a 39%-61% split, respectively.

In the United Kingdom, however, the march toward brands is more noticeable between January and October 2020.
In January, more than 282,000 hotel rooms in the U.K. were branded, with nearly 400,000 rooms designated as independent, a split of 41% to 59%. But that changed in the following nine months to approximately 378,000 branded rooms and nearly 271,000 independent hotel rooms, a 58% to 42% split as of October. STR analysts said closures certainly could have affected these numbers.

The split between branded and independent rooms was a different story across several of Europe’s major markets throughout 2020.

France-based Accor — Europe’s largest hotel company —has been busy bringing additional hotels under its brands. In late November, the company completed a stock deal for Ennismore, which operates the Hoxton and Gleneagles brand, and a $300-million deal for the 50% of SBE it did not already own, which includes brands such as Mondrian and Delano. All of Accor’s lifestyle brands are now under the Ennismore name.
Budget brand Oyo Hotels & Homes led the way in European hotel conversions from January to October, according to STR. The company converted 112 Europe hotels as well as one for Oyo Townhouse to its platform, mostly from independents and a few previously branded hotels. Just one Oyo Townhouse and six Oyo-branded properties left the platform during the same time period, with one of those converting to another brand and the others turning independent.
Brand outlook
Industry followers said even if brands do offer security in time of turmoil, the current situation does not mean brands have all the best playing cards. If brands want to attract owners, it might be that owners have all the aces.
James Salford, partner at law firm Bird & Bird, said the balance of influence has shifted in the pandemic from that seen during the Great Financial Crisis of 2008 to 2010.
“There has been a marked shift,” Salford said. “During the financial crisis, management agreements became very brand-friendly, but there is a suspicion now that power will shift to owners. There is a real drive from brands to get new signings, but remember they are suffering, too.”

David Kellett, senior director of hotel transactions at owner Invesco, agreed, adding that while a decade ago banks insisted brands must be part of the operations equation, now landlords have far more control.
“Across Europe, that will change in each jurisdiction, but there will be a great deal more negotiation on management agreements,” Kellett said. “I think brands are seeing a lot of risk in their development portfolios.”
Brands are offering key money for owners to move to conversion brands, according to Russell Kett, chairman of business advisory HVS London.